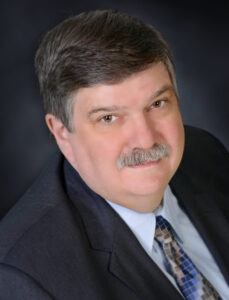 Larry J. Sangrik, DDS is a 1979 graduate of The Ohio State University College of Dentistry.  He completed the intravenous sedation program at Miami Valley Hospital of Dayton, Ohio and the comprehensive externship at Midwest Implant Institute.  Having volunteered on the Chardon Fire/Rescue Department, he has personally managed most medical crises, from childbirth to open heart massage.

Active in organized dentistry, Dr. Sangrik has long held numerous positions at the local and state levels.  He also has served as a consultant to the Ohio State Dental Board on a task force concerning the use of oral sedation.

Since 1999 Dr. Sangrik is a well-known national dental CE lecturer. His lecture topics include preparing for medical emergencies in the dental office, understanding dental fear, use of conscious sedation in dentistry and patient monitoring.

He has been a featured speaker at two American Dental Association Annual Sessions.  He has also lectured at the Hinman Dental Meeting of Atlanta, the Greater New York Dental Convention, the Yankee Dental Congress, the Chicago Midwinter Meeting, the Rocky Mountain Dental Convention, the Star of the North Dental Meeting, the Western Regional Dental Convention and five US dental schools.   Additionally, he has addressed numerous state or regional dental conventions from Maine to Arizona. Having been named as one of the nation’s leader’s in dental continuing education for over ten consecutive years, Dr. Sangrik has written for Dentistry Today, Dental Economics and Dental Practice Success on the topics of medical emergencies and dental fear. In 2018 he published a research paper on behalf of the American Association of Dental Boards assessing patient expectations of dental teams during a medical emergency.

Recently, Dr. Sangrik developed and authored a 4-part video and workbook for the American Dental Association on medical emergency preparedness released in January 2019.

Dr. Sangrik maintains a full-time general practice in his hometown of Chardon, Ohio with an emphasis on the treatment of apprehensive patients with IV sedation.  He and his wife live in Chardon and have two adult children, John and Amber.